2018 has been a year full of changes and upheavals for Barbados. Regime change, tax overhauls, mergers, acquisitions, layoffs...there has been a lot to keep up-to-date on. Thus, it is perfectly understandable if you've missed the heated war underway for your mobile wallet, i.e. your cellphone. Banks, retailers and payment processors in the island are all vying to become the main gateway for you to make and receive payments on your cellphone.

Huh? Why my cellphone?

First, the basics; why on earth do these entities care so much about your mobile device? The answer is in the details. Based on recent statistics from the Government of Barbados' Telecoms Unit, mobile subscriptions have a 120% penetration rate in the island - literally more than one subscription per person in our 275,000 population. No wonder it's being nicknamed the mobile wallet! 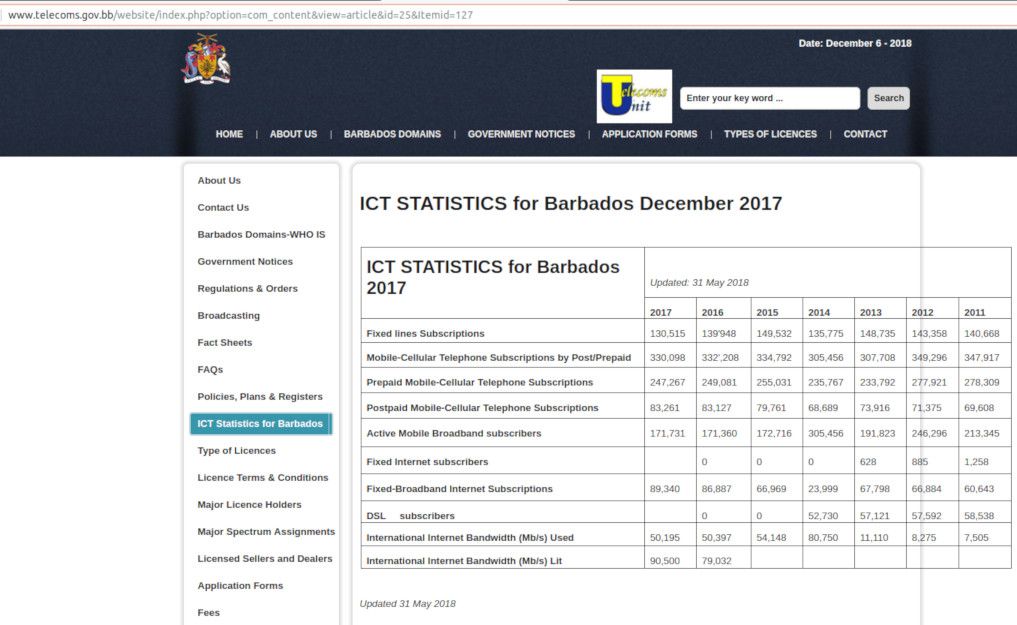 Even when we discount the fact that 52% of these mobile subscriptions include broadband access, i.e. 3G, 4G, LTE mobile wireless, the ubiquitous presence of free Wifi means that the likelihood of a Barbadian browsing, shopping and/or paying from a cellphone or tablet is practically a fait accompli in the eyes of retailers and other businesses. This phenomenon is not only relegated to Barbados; East Asian countries such as China, Japan and Korea have long experienced this trend, while many Western countries are also well aware of similar usage statistics.

To capitalise on the pervasiveness of these mobile devices, a plethora of payment apps have been created by startups, banks, cellphone manufacturers, tech companies and even telecom providers. Internationally, Amazon, Google, Apple, Samsung, Visa and Mastercard all have unique payment applications. Paypal, a tech firm that has long enabled online transactions for sites such as Ebay, has Venmo, while Square and Stripe are merchant-focused start-ups allowing small-to-medium-sized enterprises (SMEs) to use their mobile devices to take credit cards.

While local SMEs have used any combination of these foreign competitors, there was, up until a few years ago, a dearth of homegrown solutions. It's a topic I raised in one of my first articles, inspired by the long lines at SurePay locations and online billpay through bank websites that used to take up to a week to be processed and applied properly. The entire finacial sector has stepped up to the plate, but they already face credit unions and retailers who have chosen to empower their customers and start-ups determined to relegate cash to the vault of time.

Ok, so who're the players here?

We have the usual players - the retail banks of the region, namely Scotiabank, FirstCaribbean, Royal Bank of Canada, Republic Bank and First Citizens - as well as the larger credit unions, such as Barbados Public Workers' Cooperative Credit Union Limited (BPWCCUL) and City of Bridgetown Credit Union (COB). Each institution provides a mobile app that allows accountholders to manage funds across multiple accounts, with many allowing billpay directly from accounts to approved businesses.

These bank apps are only extended to existing accountholders who sign on to the service in the bank or the credit union, either at account creation or some time later. For people who cannont qualify for an account due to an inability to satisfy identity requirements - over 18, fixed abode, billed utilities, stable job with direct debit - the apps are useless.

These apps are similarly unhelpful for small businesses and self-employed persons who may not be approved for direct payment where these financial institutions would prefer - reasonably, given current fraud levels - for their patrons to use their credit and debit cards. Such cards carry transaction fees that are downright hefty for SMEs, thus discouraging acceptance for small, one-time uses.

This gap is where the competition is heating up, with two vendors in particular leading the charge; one, an old-school veteran of Barbadian business and the other a vibrant, tech-enabled startup with international backing.

Cave Shepherd has long been an entrenched general in the Barbadian economy, acting as the country's primary department store and duty-free centre. Before banks ensured that credit cards became prevalent in the island, there were Cave Shepherd cards - charge cards that allowed persons to buy items in Cave Shepherd and associated outlets, with payments made either in installments or in full one month after purchase. Many Barbadians may remember the card's popularity around August and December for back-to-school and Christmas purchases.

The card has remained up-to-date by becoming a store-branded Visa credit card, now armed with a mobile app that allows you to check your balance, make payments and send or receive credit to or from other Cave Shepherd credit card users.

A quick glance may not make this seem revolutionary, but when we again consider the past of the Cave Shepherd card, we can see how this breaks with the current financial model on the island.

In the past, when credit cards were quite difficult to gain and maintain, the average Barbadian could still acquire the Cave Shepherd card. As the store, like many others in the region, offered hire-purchase installment plans for large ticket items, it had built a strong financial team that had both the capability and capacity to review applicant suitability and manage accounts outside of the banking system or credit bureaus.

While independent of the normal financial system, Cave Shepherd still conforms with most anti-money laundering statutes by requiring a verification of employment letter; two recent pay slips; valid Barbados photo identification; proof of address (e.g. the dreaded utility bill) and a $50 processing fee. However, with so many legacy Cave Shepherd card users and more flexibility in acceptance terms, the card can build on its audience more easily than the banks at this time.

Additionally, the new mobile app is creating a mobile shop with approved partners - currently Cave Shepherd's advertising is targeted towards self-employed persons such as beauticians, hairstylists and other tradespersons. The real draw for this shop is that the minor transaction fee is charged to the sender of funds i.e. the buyer, rather than the merchant. There is also no need for the merchant to use the app to receive funds - the credit can be sent to any fellow Cave Shepherd Visa cardholder, just by knowing the username.

If managed and marketed well, this set-up is poised to create a SME ecosystem around the Cave Shepherd Visa, encouraging growth in cardholders as both users and merchants.

Advertised as "a better way to pay," the mMoney app from local tech startup wonder, Bitt.com, seeks to change the financial system altogether by "digitising" the Barbados dollar. Sounds full of buzzwords and hooey? The mechanics are basic and much easier to understand.

If you have ever gone to a vendor to buy telephone cards, Google cards or even mobile topups, the principle is exactly the same. You take your hardearned cash to an mMoney teller who accepts the dough and adds it to the balance on your mMoney app - minus a small transaction fee, of course. From there, you can use the mMoney app at mMoney merchants for purchases or to send funds to other users.

The brilliance of this method is that mMoney avoids much of the hassle of the financial system and allows safer moneykeeping for persons who are deeply reliant on the cash economy, e.g. day labourers, ZR drivers and conductors, even schoolchildren. Due to the underlying technology behind the mMoney exchange protocol, merchants and tellers benefit from significantly lower transaction fees and users get to enjoy cash without the associated pains of losing it.

Furthermore, all the procedures for wallet funding, fund request and fund transfer are familiar to Barbadians who typically use prepaid mobile packages - even easier with a username instead of a telephone number. With typical topup vendors such as the Sol chain of gas stations already onboard as tellers, this mobile wallet could quickly get a leg up on the competition.

So what should I do?

You don't need to make any choice right now. While the war is heating up, you just need to stay alert and evaluate the features that best suit you.

Personally speaking, these apps still need to breach one major stronghold of credit cards, namely cross-currency transactions. A feature that would facilitate digital identification as well as converting Barbadian dollars to US, Euro, Canadian, EC, Jamaican, TT or Guyanese dollars on the fly, with much lower transaction and arbitrage fees, would truly bring our corner of the word together economically. That feat, however, will take ingenuity outside of the realm of technology.